Preparing for the Islays – The Catholic Man Show 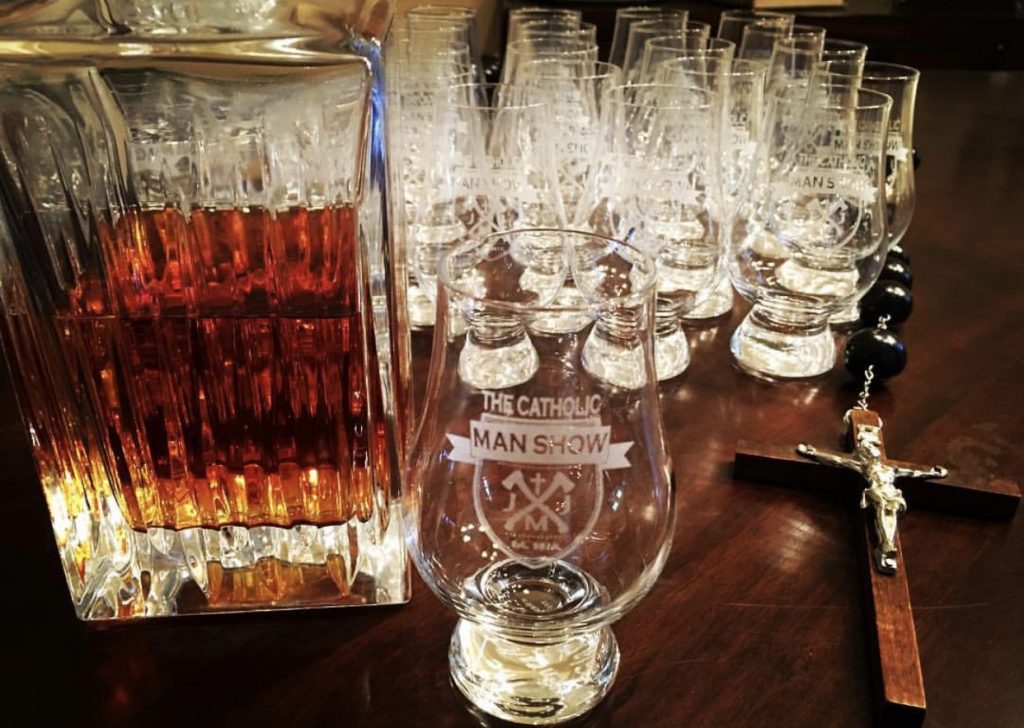 The following was posted on edwardfeser.blogspot.com

Remember to always drink in moderation. Share in excess. Cheers to Jesus!

Human life is tragic.  And while there are, without question, a great many evils we would all wish away in a heartbeat if only we could, to wish away all of them would be to wish away much of what gives our existence depth and meaning.  Every grownup knows that life would lose its savor if it entirely lost its bite.  (Of course, a certain kind of atheist thinks that a really loving God would have made the world a 24/7 Disneyland.  But I was talking about grownups.)
Nor are the pains always extrinsic to the pleasures.  Some of them are built in; indeed, the greatest earthly delights are never without a sharp sting.  Examples are all around us: Tobacco.  Women.  And whisky.
Spirits are an adult pleasure.  They grow on you with experience — experience with the drink itself (no one ever likes his first sip), but, more than that, experience in living.  High school and college kids like their keggers.  The school of hard knocks breeds a preference for something more refined and bittersweet, or indeed just bitter.  Show me a guy who doesn’t like whiskey or gin and I’ll show you a guy who’s never lost his job, or had his heart broken or his butt kicked.  Beer is for party people dancing to “Love Shack.”  The Scotch drinker’s favorite song, as everyone knows, is “Deacon Blues.”
Hilaire Belloc, it seems, recommended confining one’s drinking to beer and wine, or in any event to alcoholic beverages developed before the Reformation.   One can easily see Chesterton heartily agreeing.  What this shows is that for all their insights, the Chesterbelloc were capable of saying eye-rollingly stupid things — something you already know if you’re familiar with Belloc’s views on the French Revolution (now there’s modernism for you) or Chesterton’s on jazz (now there’s Puritanism for you).  Where culture is concerned, the “more Catholic than thou” card ought seldom if ever to be played — Catholicism is universal and embraces what is of value in all cultures, not just the medieval.

But if we are going to play that silly game, the friend of spirits has the better of the argument.  The Incarnation, after all, is not a story of beery pub songs and forced bonhomie, after the fashion of the local Chesterbelloc Men’s Supper Club:
Come on now, fellows, let’s show the world we Catholics aren’t Jansenists!   Um, but do stick to the script.  Please put down the Martini and cigarettes!  Pick up the burgundy.  Light that pipe.  Adjust that monocle.  Now sing along, everyone:  “Wherever the Catholic sun doth shine etc.”
No, the Incarnation is the story of God Himself taking on the pain of being a human being, to the point of public humiliation and gruesome death.  It’s a swig of frozen gin, or a bracing shot of peaty Laphroaig.
And the peatier the better, I say.  Youth prepares you for adulthood, with its greater joys and deeper sorrows.  And beer and wine exist in order to prepare you for the Speysides, which in turn exist in order to prepare you for the Islays.

Now listen to the gorgeous Carolyn Leonhart singing gorgeously on the theme.  (She looks like my wife, by the way.  Just sayin’.)  More reflections on our subject here and here.