Chastity is hard – but it’s virtuous and worth it 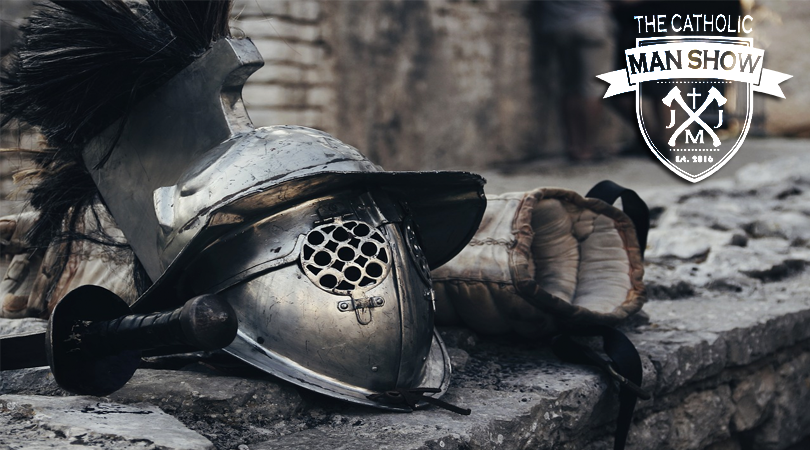 Chastity is hard – but it’s virtuous and worth it

In our day in age, the virtue of chastity is severely under siege. It is nearly impossible to watch television, listen to the radio, or even venture outside in most places without having our sense infiltrated by perversions, lusts, and all out debauchery in every shape and form. Because we are constantly forced to behold these offensive intrusions, overtime we find ourselves dulled by it. Slowly but surely we become unmoved by the stench of perversion and chastity to the minds of men often find little room to operate. This is why soldiers of Christ must push back at the very front lines to regain what was lost. Therefore, let us contemplate chastity for the warrior in Christ.

First of all, what IS Chastity? The Catechism of the Catholic Church says,

“2337Chastity means the successful integration of sexuality within the person and thus the inner unity of man in his bodily and spiritual being. Sexuality, in which man’s belonging to the bodily and biological world is expressed, becomes personal and truly human when it is integrated into the relationship of one person to another, in the complete and lifelong mutual gift of a man and a woman.”

Additionally, “The virtue of chastity therefore involves the integrity of the person and the integrality of the gift.”

Notice that not only does Chastity mean complete harmony between the flesh and the spirit but also this virtue incorporates integrity. To practice integrity means to practice moral uprightness. This means to always strive for the “higher-road” which often is not the easiest (or desirable) road traveled. We were all granted with free will and also a will power with a conscience to help steer us. However, unless that conscience is formed by objective moral truth, your will shall be far separated from that of God’s eternal will. This is just another reason why it is important to learn your faith, especially in matters that will help keep you intact from the snares of the adversary. Therefore, if we are to use our will power for the highest good (using integrity) in any situation then it is purity that we seek to assist us in maintaining our integrity.

Purity, brothers, is a fruit of Chastity and a precursor to holy beginnings. We, of course, cannot hope to obtain purity by our own designs; we must prayerfully seek God out if we hope to partake in the practice of virtues. Recognize also, my friends, that Chastity is virtue which protects the integrity of your soul. For any sin that offends Chastity is grave matter; meaning it is mortal sin to commit sins against Chastity (CCC 2396). Although, because we have a tendency toward sin, as all mankind does, we must look to see what offends this precious virtue so that we may not be numbered among the ignorant.

These snares among many other forms of the like are often embedded within every fabric of our society. Without a clear mind, and a desire to be rid of these sins, we cannot hope for victory over them. And if you have committed some of these, do not lose heart since you find that these sins are all grave matter but take these to the Sacrament of Confession before receiving Holy Communion. Pray fervently that you may obtain graces to overcome. Recall the Act of Contrition, (though there are many different forms) where in it you are made to recite, “…I firmly resolve, by the help of thy grace to sin no more and to avoid the near occasion of sin.” O man, you know yourself well. You are not ignorant of your pagan nature nor are you confused how sin finds opportune times to draw you in. If it is pornography that beckons you, you know that your near occasion is to not be alone with things like the internet. Discovering your ‘near occasion of sin’ is the key to recognizing the front lines of the battle you wage. Pray, therefore, that you are given the graces to see where these occasions are so that you may no longer blindly walk into sin.

If you struggle with these sins of chastity, we encourage you to pray this novena.

O glorious descendant of the kings of Judah, Inheritor of the virtues of all the patriarchs. Just and happy St. Joseph, listen to my prayer. Thou art my glorious protector, and shall ever be, after Jesus and Mary the object of my most profound veneration and confidence. Thou art the most hidden, though the greatest Saint, and art particularly the patron of those who serve God with the greatest purity and fervor. In union with all those who have ever been most devoted to thee I now dedicate myself to thy service; beseeching thee, for the sake of Jesus Christ, who vouchsafed to love and obey thee as a son, to become a father to me; and to obtain for me the filial respect, confidence and love of a child towards thee.

O powerful advocate of all Christians, whose intercession, as St. Theresa assures us, has never been found to fail, deign to intercede for me now, and to implore for me the particular intention of this Novena.

Recite one Our Father, one Hail Mary, and one Glory Be.

Present me O great Saint to the adorable Trinity, with Whom thou hadst so glorious and so intimate a correspondence. Obtain that I may never efface by sin the Sacred Image according to the likeness of which, I was created. Beg for me that my divine Redeemer would enkindle in my heart and in all hearts, the fire of His Love, and infuse therein the virtues of His adorable infancy, His purity, simplicity, obedience, and humility.

Obtain for me likewise a lively devotion to thy virgin spouse, and protect me so powerfully in life and death, that I may have the happiness of dying as thou didst, in the friendship of my Creator, and under the immediate protection of the Mother of God. Amen.