The Feast Day of St. Michael the Archangel 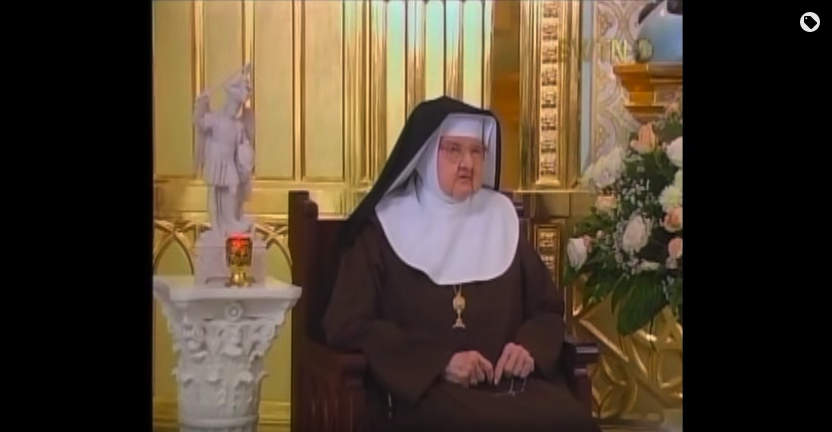 Today is the Feast Day of St. Michael the Archangel

We couldn’t think of a better way to celebrate the feast day than praying the Chaplet of St. Michael with Mother Angelica!

We ask everyone to pray this with us today for the continued success of Catholic radio and for all those who have no one to pray for them.

A quote from St. Maria Faustina in her diary.

Saint Michael the Archangel isn’t a saint, but rather he is an angel, and the leader of all angels and of the army of God. This is what the title “Archangel” means, that he is above all the others in rank.

St. Michael has four main responsibilities or offices, as we know from scripture and Christian tradition.

Very little is known about St Michael other than what we know from scriptures, which themselves are sparse.

In Daniel, St. Michael is mentioned twice. The first time as one who helped Daniel, and the second time he is mentioned with regard to the end times of the world when he will stand for the “children of thy people.”

His next mention comes in the Epistle of St. Jude, where St. Michael is said to guard the tombs of Moses and Eve and has contended with Satan over the body of Moses.

The final mention is in Revelation, where St. Michael and his angels, do battle with the dragon.

There are other scriptures where St. Michael is implied, but not mentioned by name, such as the angel; who defends the gate to Paradise, who defends against Balaam, and “who routed the army of Sennacherib.”

Today, St. Michel is invoked for protection, especially from lethal enemies. He is also the patron of soldiers, police and doctors.

More about St. Michael the Archangel from Wikipedia

Michael ([mixaˈʔel]; Hebrew: מִיכָאֵל‎, translit. Micha’el or Mîkhā’ēl, lit. ‘Who is like God?’‎; Greek: Μιχαήλ,translit. Mikhaḗl; Latin: Michael or Michahel; Arabic: ميخائيل‎, translit. Mīkhā’īl‎) is an archangel in Judaism,Christianity, and Islam. In Roman Catholic, Eastern Orthodox, Anglican, and Lutheran traditions, he is called “Saint Michael the Archangel” and “Saint Michael”. In the Oriental Orthodox and Eastern Orthodoxtraditions, he is called “Taxiarch Archangel Michael” or simply “Archangel Michael”.

Michael is mentioned three times in the Book of Daniel, once as a “great prince who stands up for the children of your people”. The idea that Michael was the advocate of the Jews became so prevalent that, in spite of the rabbinical prohibition against appealing to angels as intermediaries between God and his people, Michael came to occupy a certain place in the Jewish liturgy.

In the New Testament Michael leads God’s armies against Satan’s forces in the Book of Revelation, where during the war in heaven he defeats Satan. In the Epistle of Jude Michael is specifically referred to as “the archangel Michael”. Christian sanctuaries to Michael appeared in the 4th century, when he was first seen as a healing angel, and then over time as a protector and the leader of the army of God against the forces of evil. By the 6th century, devotions to Archangel Michael were widespread both in theEastern and Western Churches. Over time, teachings on Michael began to vary among Christian denominations.