THE DIOCESE OF TULSA AND EASTERN OKLAHOMA 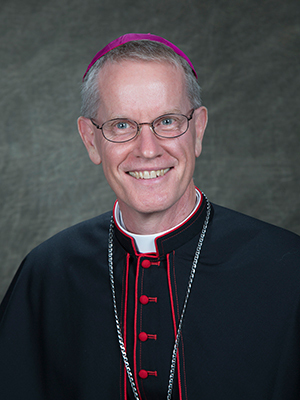 The Most Rev. Bishop David A. Konderla

Bishop David A. Konderla is the second of twelve children, son of David and the late Ann Konderla. He grew up in Bryan, Texas; graduated from Bryan High School in 1978 and worked for several years as a machinist before entering the seminary in 1985.

Bishop Konderla served at St. Louis Parish in Austin and St. Luke's Parish in Temple before his assignment as associate pastor of St. Mary's Catholic Center in College Station. After almost four years with the Aggies, he was named as Vocation Director for the Diocese of Austin, where he served the diocese for four years. He then returned to St. Mary's as pastor and Director of Campus Ministry in August 2005.

Bishop Konderla is known for his skills in woodworking and carpentry. His father lives in Bryan, Texas and all 11 siblings live within the state of Texas.

Bishop Konderla was appointed the fourth Bishop of Tulsa on May 13, 2016 by Pope Francis. He was ordained and installed as Bishop of the Diocese of Tulsa on June 29, 2016.

The Most Rev. Bishop Emeritus Slattery 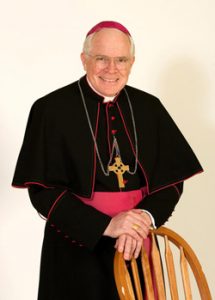 Edward James Slattery was born in Chicago, Illinois on August 11, 1940 to William Edward Slattery and Winifred Margaret Brennan. Of their seven children, he was the second child and first boy. After his schooling at Visitation of the BVM Grade School, Edward attended Quigley Preparatory Seminary in Chicago. He then attended St. Mary of the Lake Seminary in Mundelein, Illinois, where he took a Bachelor of Arts degree and later a Masters of Divinity degree. He was ordained a priest on April 26, 1966 for the Archdiocese of Chicago by the late John Cardinal Cody.

Father Slattery was assigned as Associate Pastor of St. Jude the Apostle Parish in South Holland, Illinois, where he served from 1966 to 1971. During this time, he obtained a Master's degree from Loyola University. In 1971, he began his service with the Catholic Church Extension Society, a funding agency for the American home missions, with headquarters in Chicago. He was Vice-President from 1971-76 and President from 1976 until 1994.

Late in 1993, Father Slattery was notified that Pope John Paul II had chosen to name him a bishop. His father William learned this news about his son, but he died before Father Slattery became Bishop Slattery. In Rome, on January 6, 1994 the Holy Father ordained thirteen men as bishops; one of the thirteen was an American. It was Edward J. Slattery, third bishop of Tulsa. Among those present for his ordination as a bishop was his mother, Winifred.

Bishop Slattery was installed as third bishop of the Diocese of Tulsa at Holy Family Cathedral on January 12, 1994. He retired in 2016 and now serves the diocese as Bishop Emeritus.

The word “vocation” means “to be called”. God created us and calls each one of us to be holy, to be His adopted children, to be servants and love to others, and to ultimately be with Him in Heaven for all eternity. However, while these are universal calls to every person, God has created each one of us with a multitude of different gifts and talents that has an enormous potential to be fulfilled within the context of a particular lifestyle. The four possible vocational lifestyles that God places before us are: Ordained life, religious life, married life, or single life.