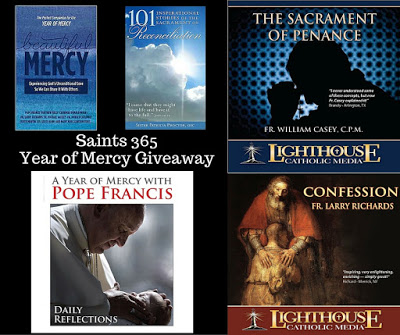 I am so excited to be offering this amazing Year of Mercy giveaway of books and CDs which will inspire and encourage you to grow in the gift of mercy during this Jubilee Year.The winner of the giveaway will receive one copy of the following:101 Inspirational Stories of the Sacrament of Reconciliation compiled by Sr. Patricia… Read More

Of the myriad heavenly and earthly themes that season the epic poem The Odyssey, one of the most central is the meal. Homer uses eating, drinking, and the customs surrounding meals as a touchstone of character that reflects a person’s inmost nature. Thus is illustrated the true selves of the swinish suitors as they devour another man’s abundance;… Read More

Fr. David Konderla of St. Mary’s Catholic Center in College Station, TX speaks about the importance of bringing Christ to the sidewalks in front of abortion clinics.… Read More

Father David is the second of twelve children, son of David and the late Ann Konderla. He grew up in Bryan, Texas; graduated from Bryan High School in 1978 and worked for several years as a machinist before entering the seminary in 1985. After graduating from the University of Dallas in 1989 with a bachelor’s degree in history, he earned his Master of Divinity from… Read More

As the Church prepares to celebrate her birthday – the great Feast of Pentecost, here are a few of my favorite quotes and prayers.  Please feel free to pin and share on Social Media (of course, tell ’em where you got ’em).  -1-This quote is the opening portion of a beautiful prayer to be recited… Read More

“ROLES OF A FATHERHOOD” OUR THIRD EPISODE OF THE CATHOLIC MAN SHOW IS IN THE BOOKS! OUR THIRD EPISODE IS CALLED “ROLES OF FATHERHOOD”. 1. Our vocation is to get our families to heaven. 2. Our children are always watching us. They will likely model later in life what they learn at home. 3. We are made… Read More

Tim Staples from Catholic Answers Live A Defense of Christ’s Presence in the Eucharist   Want to go to Adoration? St. Cyril – 9 Points on the Eucharist… Read More

Have you ever noticed how NFP (Natural Family Planning for the uninitiated) is marketed? It’s sold with glossy photos of couples holding hands and dancing in flower-filled meadows, their faces plastered with blissful grins. It will make you so much more intimate! It will change your life! You’ll never be so in love as when you… Read More

I have a confession to make. I was raised a cradle Catholic, but for most of my life I have had a bit of a “distant” relationship with the Blessed Mother. The idea of this perfect, sinless woman was a bit of an obstacle to me – I mean, I am far from perfect and… Read More